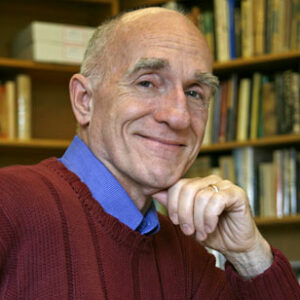 Tuesday, April 23 at 7 pm the Bowers House is hosting a very special guest. Nationally known environmental activist and award-winning writer Scott Russell Sanders will speak on “Literature and Legacy.” In an essay entitled “The Way of Imagination,” published in the summer 2012 issue of The Georgia Review, Sanders wrote about a man who sought to provide old-growth forests for future generations to enjoy. Sanders will read an excerpt from the essay and discuss the powers of imagination illustrated by this benefactor’s legacy—powers crucial to the making of literature, to the practice of science, and to works of compassion. A question-and-response period will follow.

Sanders, Distinguished Professor Emeritus of English at Indiana University, has published more than thirty works of nonfiction and fiction over the past forty years, including a number of books for children. Among his titles are Earth Works: Selected Essays (2012), A Conservationist Manifesto (2009), A Private History of Awe (2006), The Country of Language (1999), Staying Put: Making a Home in a Restless World (1993), The Paradise of Bombs (1987), and Wilderness Plots: Tales about the Settlement of the American Land (1983). His enduring concerns include the place of human beings in nature, the pursuit of social justice, the relationships between culture and geography, and the search for a spiritual path.There is no charge for the evening however donations are greatly appreciated. It is very important we have a great turn-out to support this special event!