South Carolina short-story writer and novelist George Singleton is one of the finest and hottest fiction writers in the country at this time – “a big-hearted evil genius who writes as if he were the love child of Alice Munro and Strom Thurmond,” writes Tony Earley.

A Georgia Review discovery some 20 years ago, Singleton has since published four collections of short stories, two novels, and an irreverent how-to book titled Pep Talks, Warnings, and Screeds: Indispensable Wisdom and Cautionary Advice for Writers. His other titles, which in themselves provide an intriguing introduction to his worldview, include The Half-Mammals of Dixie, Why Dogs Chase Cars, Drowning in Gruel, and Work Shirts for Madmen. A recent recipient of a Guggenheim Fellowship, Singleton has had work published and reprinted in such magazines as the Atlantic Monthly and Harper’s, and in anthologies like New Stories from the South and Surreal South. He lives in Easley, South Carolina.

May 31, 2013 CindyLeave a Comment on Indispensable Wisdom and Cautionary Advice for Writers.George Singleton

Playwright Cedric Liqueur wrote his one-man show, “Satchel” during a recent writer’s retreat at the Bowers House. The play is based on Satchel Paige, considered the greatest pitcher in the history of the Negro Leagues. Paige went on to play in the Major Leagues and in 1971, was the first player from the Negro leagues to be elected to the Baseball Hall of Fame. Liqueur, a member of London’s Royal Shakespeare Company, writes and performs theatre-stage plays, prose, narratives, poetry, and sonnets. 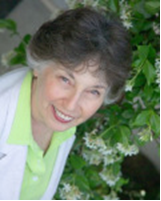 Georgia-based poet Alice Friman’s The Book of the Rotten Daughter contains “astonishing poems which fearlessly jump into hell and out again, that resent or forgive,” writes poet Marianne Boruch, “poems which wryly, exactly and so richly honor the world of the living.” Her poetry collections include The Book of the Rotten Daughter, Zoo, and Inverted Fire. For her fifth full-length collection of poetry, Vinculum, (LSU Press), she won the 2012 Georgia Author of the Year Award in Poetry.

Professor Emerita at the University of Indianapolis, Friman has been awarded fellowships and residencies from the Indiana Arts Commission, the Arts Council of Indianapolis, the MacDowell and Yaddo colonies, and the Bernheim Arboretum and Research Forest. A frequent contributor to The Georgia Review, Friman is currently poet-in-residence at Georgia College and State University in Milledgeville.

May 31, 2013 CindyLeave a Comment on Georgia Author of the Year Award in Poetry.Alice Friman

Deming is author of four poetry books including Rope: Science and Other Poems, winner of the Walt Whitman Award of the Academy of American Poets; The Monarchs:A Poem Sequence; and Genius Loci. She has published three nonfiction books:Temporary Homelands, The Edges of the Civilized World, and Writing the Sacred Into the Real. She has completed a new nonfiction book titled Zoologies: on Animals and the Human Spirit. With Laurent Savoy, she co-edited The Colors of
Nature: Essays on Culture, Identity, and the Natural World, reissued in 2011 in a new expanded edition. Her work has been widely published and anthologized, including in The Norton Book of Nature Writing, and Best American Science and Nature Writing. Deming is Professor in Creative Writing at the University of Arizona.

May 31, 2013 CindyLeave a Comment on Rope: Science and Other PoemsAlison Hawthorne Deming

Corey, editor of The Georgia Review since 2006, has published nine volumes of poetry including The Last Magician and There is No Finished World. A prolific writer, essayist and reviewer, Corey has also published more than 150 poems in the country’s leading periodicals and journals. The New Georgia Encyclopedia describes him as one of the “influential” literary figures in the state of Georgia.

May 31, 2013 CindyLeave a Comment on Corey, editor of The Georgia Review since 2006Stephen Corey 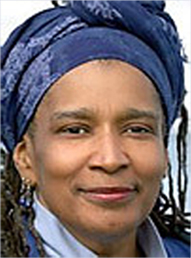 “What a blessing this visit was. I worked on the replenishment of the wellspring from which the writing come. — prayer, long conversations and musings, remembering, making new connections with the past. This place is full of benign energy.” – writer Ann Holmes Redding, author of Out of Darkness, Into Light: Spiritual Guidance in the Quran with Reflections from Jewish and Christian Sources.

May 31, 2013 CindyLeave a Comment on What a blessing this visit wasAnn Holmes Redding, Writer’s residencies

I settled into my big comfortable chair, arrived finally in my solitude. The chance to be alone made me feel like a cat with cream on my whiskers. It was a stolen delight, almost forbidden in the luxury of it, a rare treat. But plans almost never go as expected and shortly I fell into a deep sleep. That’s not what I wanted, my drowsy self scolded as I dozed off, then later realized the body knows sometimes what the mind does not.

The dream was vivid and powerful when it came, staying with me even now as I describe it to you. I stood in an oak forest, the trees immense and old. The daylight came to me through bare branches, a blue-green hue as dark heavy storm clouds amassed overhead. I was alone and the wind whipped the coat tails around my calves as I stood wondering where to find shelter. A few rain drops soon became a torrent. I ran still searching for safety, even just a small space to be covered and dry before the death of cold took me down. My eye caught the corners of a roof structure almost hidden by thatch and moss.

I changed course and made for the shelter, arriving just before the full onslaught of the storm. As my hand reached for the door, it opened inward. I gasped with cold, fear, surprise when a man with dark russet hair and beard and piercing green eyes stood in the doorway looking at me. “I believe you are here for me”, he said.

Sometimes in dreams, the rational mind steps in like a narrator and it said to me, “That can’t be true since you don’t really know this man and after all this is a dream” . But the rest of me, my heart, my gut, my feelings, my irrational, unworldly self said it was true. I stepped into the small space, into the dark, found a lantern and matches then stood warming my hands over scarce heat when the wick finally caught fire. “I will stay”, I said. I will be here with you until the storm blows over. Then you may decide when it’s time to leave this place. And if you need, I can show you the way out of the forest and on to the big water. If you want .”

I turned to face him squarely and he stepped forward. I thought he meant to speak, but instead he kept moving toward me. I was not alarmed when he came close enough that I felt his breathe on my face and his eyes held mine. Then he stepped into me and disappeared.

I woke in a start taking a great gulp of air as if I’d been holding my breath. His face stayed in my minds eye and I could still hear the rain pelting the roof in a dull thud, a drum calling up my memory of the long shadows cast by the lantern, the earthen smell of the room, his close presence and my primal response to him. Why did he not light the lamp? Why he was holed up in dark and cold? Why did he think I was there for him, then disappear inside of me? Why was he there?

Years have passed since the dream and each day, still, I feel him. I no longer wonder about the dream’s ending because it was not ending but beginning. He remains with me like something lost and found, hidden yet visible, longing to be known, a reminder.